Back in the mid-eighties, Bob and Isobel Pritchatt had a vision for encouraging Christian writers to join the real world and produce exciting and quality literature which can be enjoyed by everyone. Over the years, this has grown to include all authors who aspire to write quality works of fiction.

At the present time, our lists include a collection of fiction of varying genre from romance to horror; all of which are in electronic format and are available in the Kindle bookstore at Amazon.

We are aware that what a person reads helps to shape character, therefore we aim to publish fiction which is inspiring, ethical and contributes towards a better world.

To compete in the world of electronic books, an important part of our function is to ensure that our books are well presented. This involves editing and proofreading, professional registration and an attractive cover and print definition.

About us – The Team

Malcolm  is a freelance software designer living in Manchester, UK.

He started writing about 19 years ago and had some 30 or so stories published, mainly by a now defunct trade magazine, Freelance Informer. You can find more about him at www.ebook.cowensw.co.uk, together with some poetry and translations from Welsh. His translation of the Welsh Song “Calon Lan” has appeared on the BBC and on a Russell Watson Album.

Malcolm has had two novels, “Lady of Foxdale” and “Daughter of the King” and a collection of short stories “Ghosts, Trolls and Werewolves” published, as well as several stories in the collection entitled “Betrayal” and “The Tanist’s Wife”. A collection of linked stories, entitled “Aftermath” will be released in 2017. 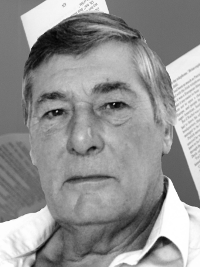 Bob remains as an encouragement to the team. His engineering and business training and experience support the professionalism of the operation.

His particular contribution is also in the development of front covers. 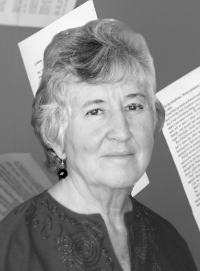 Isobel  was raised in Yorkshire, England, and lived for many years in a remote farmhouse on the hills overlooking Holmfirth, scene of the television programme, “Last of the Summer Wine”. When she was a child, she won prizes for her short stories and, as an adult, published her articles in journals. Her first book, “Sundog” was published in 1991 in paperback.

As the electronic book market began to develop, Isobel, along with others, explored the potential for readers and writers.
She encourages writers of fiction who have potential and write fiction which is gripping and promotes positive values. She remains committed to electronic publishing and has 2 novels “Vision of Darkness” and “Sundog” published on the Amazon website. She has also written short stories which appear in “The Tanist’s wife” and “Betrayal”.

So far we have published electronic fiction but we are preparing to release some of our books in paperback. We are also prepared to consider poetry and factual works, so long as they conform to our brief.

We plan a section of plays and murder mysteries which will also appear in electronic format.

How to write a good novel